In geophysics, the term seismic tomography is known for a long time. This is due to the fact that one of the main problems in seismology – the inverse kinematics. It consists in determining the velocity structure at a known time path of the refracted waves from  source to receiver.  The most popular in engineering geophysics was crosshole Seismotomography. This direction is used for detailed studies of  rocks velocity structure  in the interborehole space. 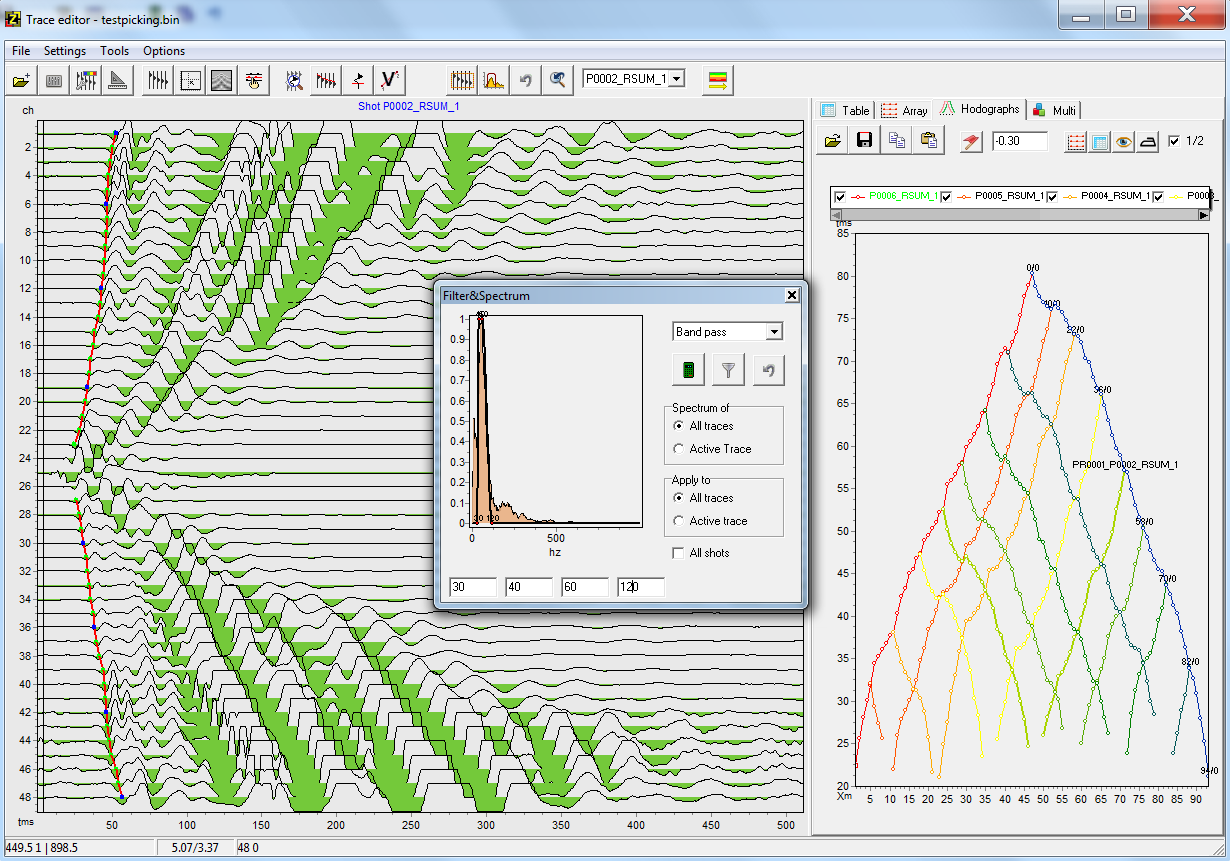 The software consists of two basic modules. One for the first times picking on the seismograms. The second is used for solving forward and inverse problems of seismic tomography. 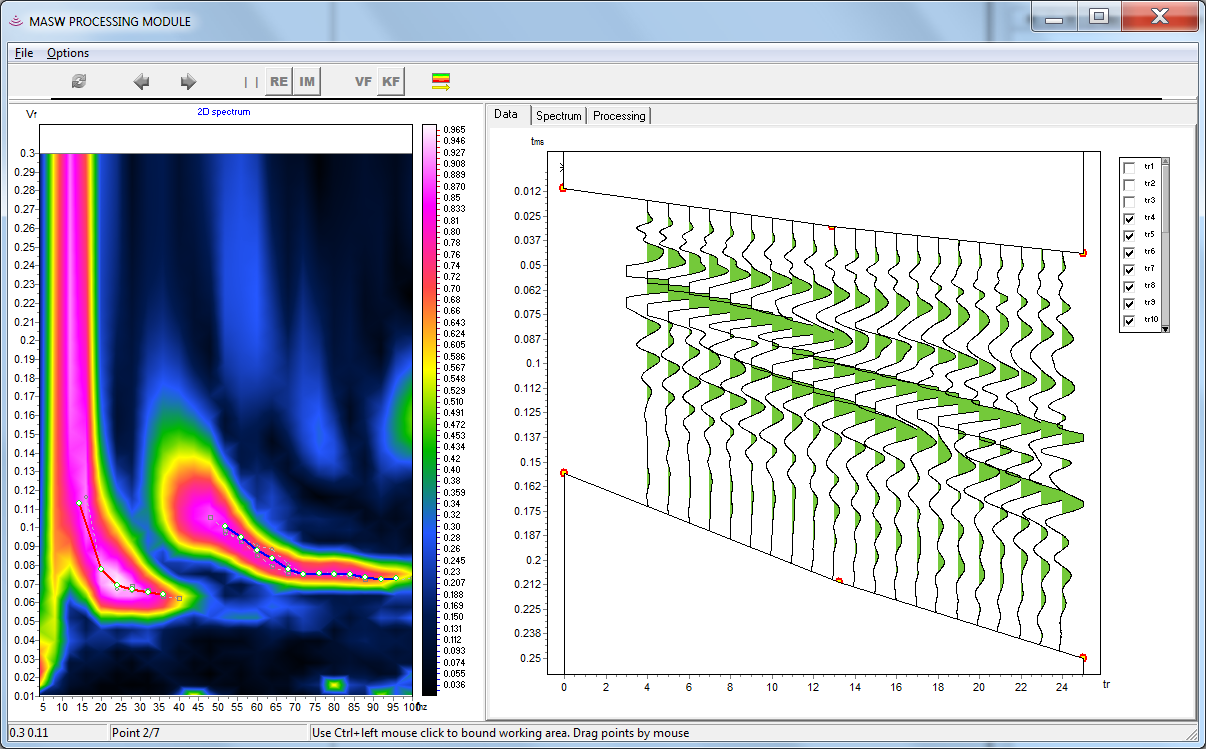 For the seismograms processing developed a special interface designed to simplify and automate the process of first arrivals times picking. Special attention is paid to variety ways of data visualization and simple access to frequently used functions. 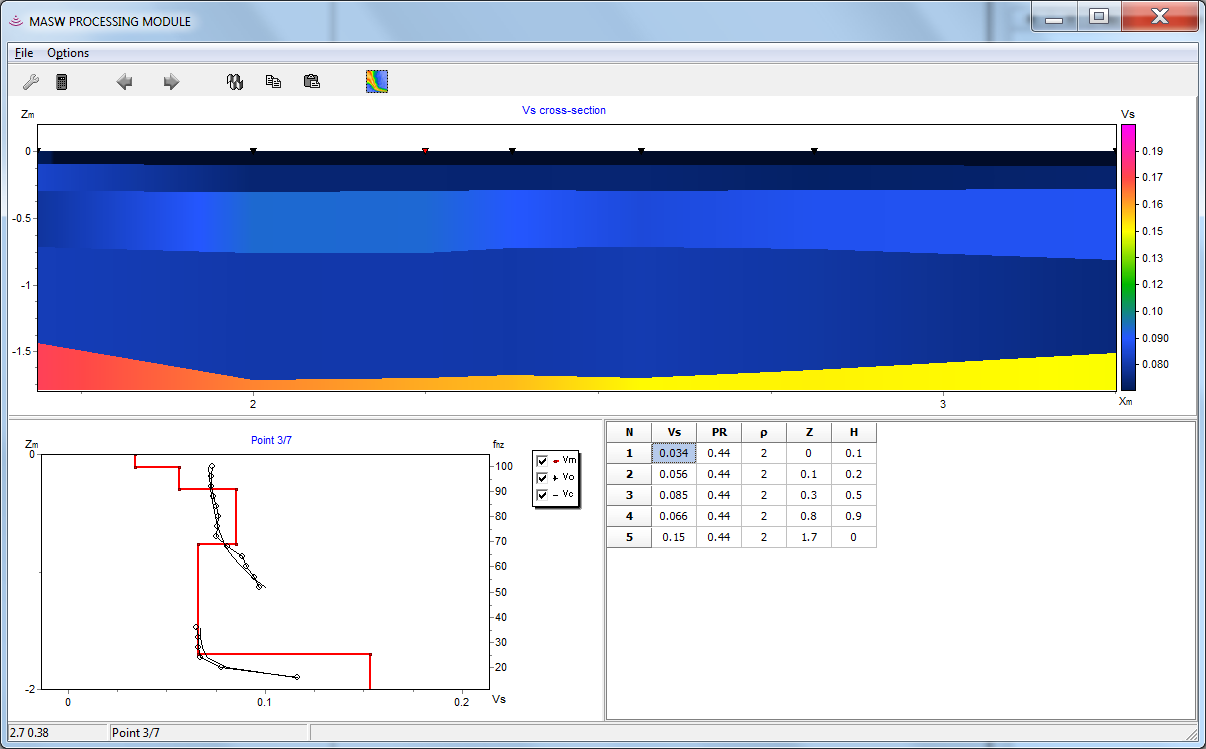 Solution of forward problem basis on special ray tracing algorithm of graph theory (Shortest path’s method). This algorithm is characterized by a high-speed calculations, and controlled accuracy. ZondST2d uses simple and clear data format which allows easily combining various systems of observation, including different variants of the topography setting up and other additional information. Important stage which prevents field measurement is mathematical modeling of velocity structure for seismic tomography survey. Modeling gives a chance to estimate the level of reflected waves first times and to make a choice of optimum parameters of the observation system for decision of formulated geological problem. ZondSt2d has great range of tools for mathematical modeling and analysis of refracted and reflected waves. As the general task of the program is inversion of velocity parameters, some variants of seismic tomography inverse problem solutions are designed in ZondST2d, basic of them are: smoothing inversion – to get smooth model and focusing – to get  piece-smoothed model of velocities with depth. While program was designed special consideration given to a priori data accounting. Because of equivalence of inverse geophysical problems, quality of the obtained results strongly depends on the amount of a priori data used. In ZondST2d there is possibility of weights setting for measurements, fixing and limits making of changing features of different cells, using of a priori model as reference  in inversion. The robust schemas of noise estimation are designed in the software. There is also possibility to import and display results of measurements by other methods and boreholes data that improved quality of results.